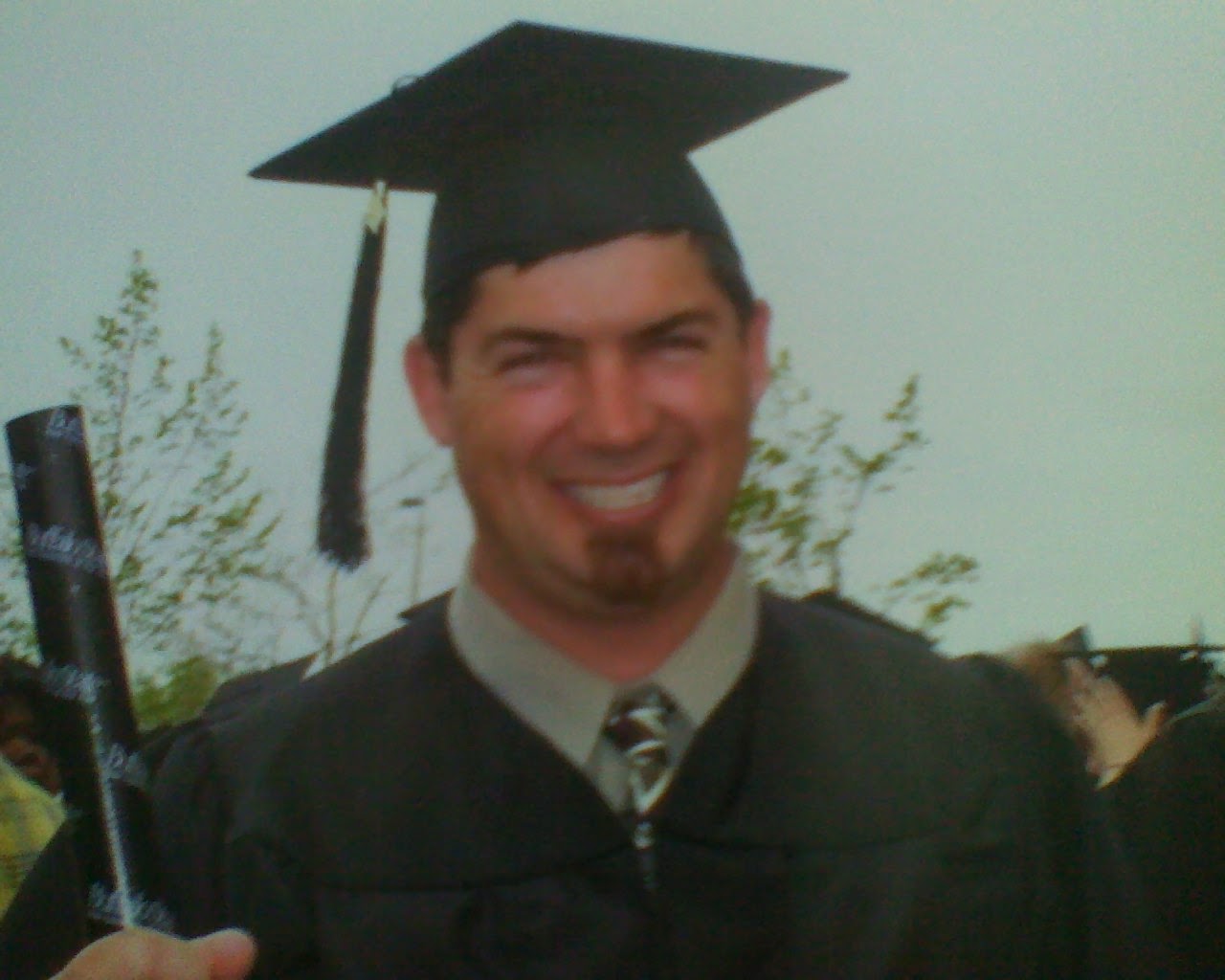 Matt Row was a loving, intelligent, fun, driven man, and education was very important to him. Although he pursued his Associates Degree just after high school, his interests evolved over time and he decided to continue his education years later. After eight years of attending college part-time (taking a year off to get married and build a home), he graduated with his Bachelors Degree in 2007, about a week before his daughter’s birth. Soon after graduation, he secured a great position in his new field, and began pursuit of his Masters Degree. Part of his motivation to continue his education was to provide a positive example to his children, and to provide more economically for his family.

On November 15, 2008, Matt was killed in an industrial accident at his engineering job at the age of 39, leaving behind his wife, Andrea, and their two young children. At the time of the accident, their son Jacob was four years old, and their daughter Sydney was 18 months. He was an amazing husband, father, son, friend, co-worker, and was loved and respected by everyone that knew him.

Shortly after the accident, Matt's co-workers, deeply saddened by his loss, organized an annual event in his honor called the Run For Row 5K to help fund a trust they originally set up to raise money for the children's education. In 2014, they created a 501(c)(3) non-profit corporation, and the Run for Row 5K now operates under the umbrella of "The Matthew R. Row Scholarship Foundation, Inc.” The decision was made to broaden the purpose of the corporation to fund college scholarships for other students from Western New York who, like Matt’s children, have also lost a parent.

For the 2017 academic year, we are awarding an educational scholarship to two high school seniors in the amount of $2,500 each. We will also offer a paid registration to one of the Camp Widow® programs offered by Soaring Spirits International. Understanding the challenges of raising a family as an only parent, the foundation would like to provide for them as well.

The Run For Row 5K is held at Como Lake Park in Lancaster, NY on the third Sunday of every August and is our primary source of funding. Scholarship winners will be announced at the post race party. This 5k is known for their outstanding post race party, featuring an awards ceremony, door prizes, Chinese auction, music and plenty of food and refreshments. Register for the race at www.active.com as the date gets closer.

Please contact Andrea Row with any questions or for further information at (716) 771-1691.